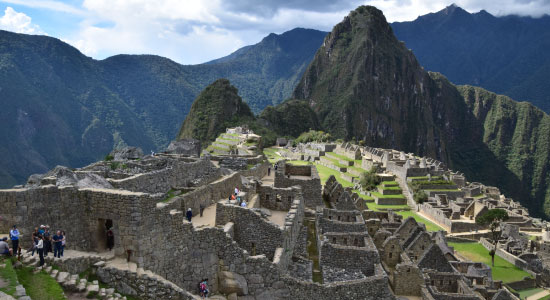 2018 Andean Arts Textile TourOctober 22- November 2 For many people, traveling to Peru and experiencing Machu Picchu is on their “bucket list.”  For those of us who celebrate artisan textiles, that dream may include the opportunity to visit some highland villages, meet the weavers in person, and see their hands at work on the patterns that have been passed down for generations. And what if you could try your own hands at spinning, backstrap weaving, or natural dyeing?  Even better, what if you could do all that accompanied by internationally recognized Quechua master weaver Nilda Callanaupa? That dream would be almost too good to come true!  Almost. The good news is that we have arranged all those experiences for … END_OF_DOCUMENT_TOKEN_TO_BE_REPLACED 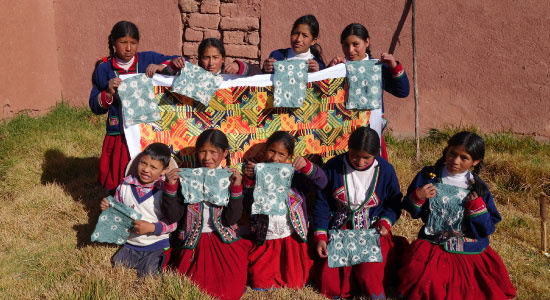 The mission of Andean Textile Arts (ATA) is to support the people and communities of the Andes in their efforts to preserve and revitalize their textile traditions. In support of that mission, ATA has been working closely with the Center for Traditional Textiles of Cusco (CTTC) for just over twenty years. During those formative years, we have had two major areas of focus: Identifying the highland communities where textile traditions were almost extinct and reviving techniques such as discontinuous warp (ticlla) in Pitumarca or tie-dyed warp (watay) in Sallac, and establishing the Center in Cusco, with its rich resources: a museum, training center, store, and offices. With a strong foundation in place to preserve the weaving techniques, we are thinking … END_OF_DOCUMENT_TOKEN_TO_BE_REPLACED

ATA is creating sponsorship opportunities for fiber arts guilds, interested individuals, and other community groups in the U.S. to provide financial support to Young Weavers groups affiliated with CTTC’s ten villages. CTTC has identified an urgent need to involve the youth of its communities in the educational and preservation efforts before the tradition fiber arts knowledge and skills are lost. The three-fold focus of the Young Weavers Groups (which include knitting and spinning in addition to weaving skills) is to expose kids to and teach them about traditional textiles and techniques, for the youth to form healthy social contacts within and between communities, and to enhance their educational experiences. Each U.S. group would partner with a specific Andean community to … END_OF_DOCUMENT_TOKEN_TO_BE_REPLACED

Over the last three years, the Young Weavers program has become the primary educational mission of the Center for Traditional Textiles. Program activities have included several gatherings, where young weavers from each of the ten CTTC communities met to learn traditions and techniques from each other, participate in textile classes, and forge lifelong friendships. ATA also funded textile classes for Young Weaver groups in each of the communities, and each group has a weekly gathering where young weavers learn from weaving mentors in their village. The Young Weaver program was developed by Sarah Lyons, education coordinator for CTTC. A graduate of Williams College, Sarah started as a volunteer in 2014, continued her work funded by ATA grants over two years, … END_OF_DOCUMENT_TOKEN_TO_BE_REPLACED

There is, of course, no shortage of travel options in many of our lives.  From mini-getaways to grand tours in far-off continents, the choices of when and where to go are staggering.  But rather than ask where or when, what if we asked why?  Why should we go a certain place?  In fact, why travel at all? For some of us, the reason to travel is to experience a different culture, a different way of life, a different slice of this globe we live on.  And what if we could not only experience it as a tourist, but could engage on a personal level with the people and places we are visiting?  That’s the kind of connection the participants on … END_OF_DOCUMENT_TOKEN_TO_BE_REPLACED

It’s an interesting word, Tinkuy. While it means a “coming together” in Quechua, it means more than that. It means (among other untranslatable things) coming together like rushing streams converging in foaming eddies to create a bigger river. There’s a lot of energy implied in the word. The first Tinkuy, in 2010, was a whirlwind of energy. The decision to hold the event was made in March amidst one of the most violent rainy seasons the Cusco District had experienced in many years. The railroad to Machu Picchu was washed out. Bridges were washed out. People perished. But CTTC? They said, “Let’s do it!” And so they did, a scant seven months later. And it was splendid. The event was … END_OF_DOCUMENT_TOKEN_TO_BE_REPLACED

These were the words of Secretary of State John Kerry, addressing the Artisan Enterprise: The New Startup Economy Forum at the State Department on September 10. Hilda Roque Perez and Antonia Callañaupa Alvarez traveled to Washington D.C. to represent The Center for Traditional Textiles of Cusco (CTTC) at the forum. The Alliance for Artisan Enterprise, hosted by the Aspen Institute, is a collaborative effort of more than 60 members working together to promote the full potential of artisan enterprise around the world. CTTC is fortunate to be a member. Hilda reflects, “it was important to know and understand that the economic might of the artisan sector is valued at 32 billion dollars and this economic impact is not always recognized, … END_OF_DOCUMENT_TOKEN_TO_BE_REPLACED

June and July were busy, busy travel months for CTTC, with a major presence at the Smithsonian Folk Life Festival on the Mall in Washington, DC, followed by the Santa Fe Folk Art Market. IN THE NATION’S CAPITAL The Smithsonian event, Peru Pachamama, focused solely on Peru this year, unlike previous years in which several countries were featured. The extreme biodiversity of Peru provided opportunities to feature highland, jungle, and coastal cultures. As reported by ATA board member Jan Gibson, CTTC was represented by Nilda and Angel Callañaupa along with Timoteo, Damian, Rosita, Delia, Epephenia, Leandra, and Quintina from member villages. Their activities were by no means confined to weaving: they were also dyeing, cooking, dancing, telling stories, presenting at discussions, … END_OF_DOCUMENT_TOKEN_TO_BE_REPLACED 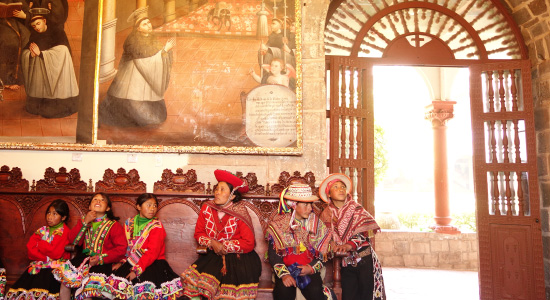 The Center for Traditional Textiles of Cusco (CTTC) has a well-guarded secret. We work with nine amazing groups of young weavers from nine of our ten communities. For the past several years these groups of children and young adults have gathered in their communities’ weaving centers every Saturday to learn from their elders and carry on weaving traditions that could have been lost forever between the cracks of time. This year the CTTC began to develop more programs and opportunities for the Young Weavers Groups (formerly called Jakima Clubs). On Saturday, June 6th, we held the First Gathering of Young Weavers, a program we hope to make a bi-annual event. At 8:00 in the morning 195 young people and their adult … END_OF_DOCUMENT_TOKEN_TO_BE_REPLACED