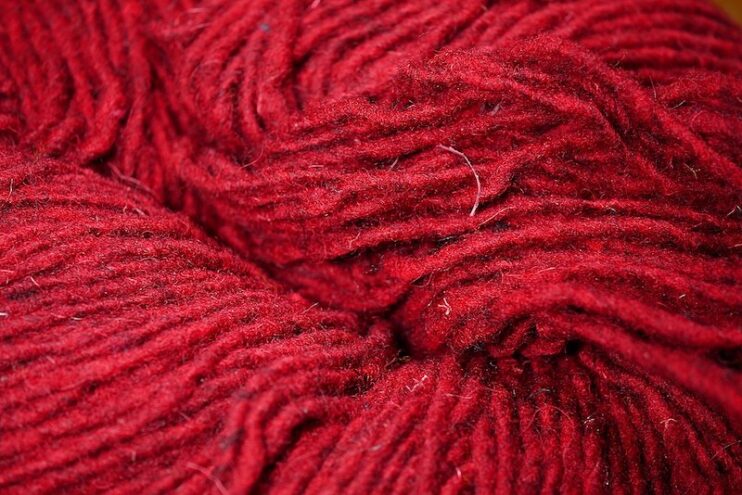 Knowledge of the color red has been possibly the most esoteric and political of powers in human history. It is the primal color of birth, often death, and of the mystical fluid that carries life through our bodies. It calls to the human spirit, appearing in pre-historic handprints on cave walls, museum tableaus, and, throughout history, in textiles denoting power, luxury, and even joy.

In her book, A Perfect Red, Amy Butler Greenfield leads us along the very human path of the desire and even need for the color of red. Early on, she points to humans using earthly elements, clays, and oxides to achieve their spiritual expression using this powerful color. It is no wonder that humans with access to the vibrant red dye made from cochineal leapt into the process of how to use it best in their lives.

Greenfield takes the reader on an amazing journey through different cultures and worlds where the small grana cochinilla fina (cochineal bug) saw the best and worst of human nature. An earthy element, a parasitic insect, cochineal holds a history that is more than two thousand years and likely several thousand years longer.

The author has done brilliant and tremendous research, sharing the indigenous traditions that came far before Spanish conquistadors Cortes and Pizarro set foot in Mexico and Peru. Her attention to detail is so deep and so intense that the reader yearns for the next page to discover what happens in the adventures of the tiny insect, cochineal, throughout the world.

In the past, cochineal was a dye, a cosmetic, and clearly a very spiritual tool. It was used as a form of taxation in both the Aztec and Inca empires. Cortes’ arrival created a violent shift in world history. Pizarro, who admired the cruel methodology of Cortes, followed this violent wave with the subsummation of the Inca empire in South America. Cochineal became the second most exported item back to Spain, inspiring letters of marque, mighty politics, and inevitable change.

Greenfield provides details of individuals, their motivations, and little-known  histories of things like the early microscope (which broke the Spaniards’ 150-year secret that cochineal was an insect, not a rock). The reader is led through the steps to discovering this industrial secret, the elation of discovery, and the despair of failure when people spent literally years of their lives, sometimes dying, in an effort to both understand and obtain live cochineal from the clutches of the conquering Spanish empire.

Truly the little scale insect travels through time and the world in this book. Amy Butler Greenfield is quite the sirenic guide through cochineal’s journey and evolution to the modern day. I definitely recommend her book to both the history buff and textile enthusiasts. Add it to your upcoming reading list (and scoot it up towards the top).