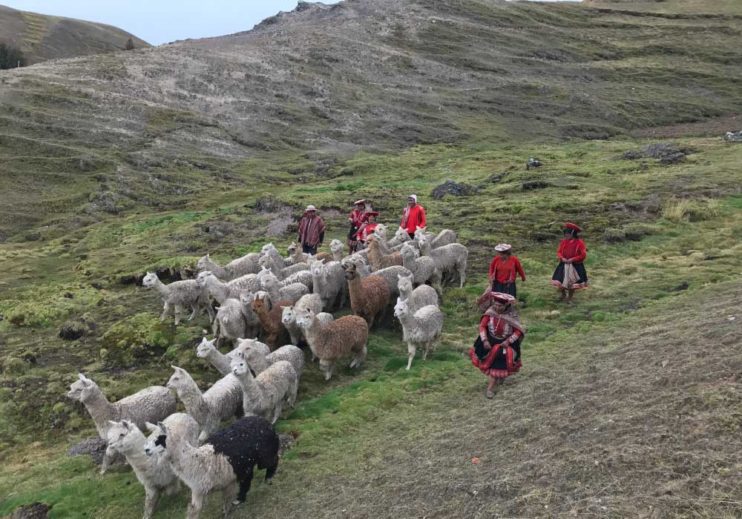 All men dream, but not equally. Those who dream by night in the dusty recesses of their minds, wake in the day to find that it was vanity: but the dreamers of the day are dangerous men, for they may act on their dreams with open eyes, to make them possible.”

From the moment of my reading this opening quote, Kim MacQuarrie had me riding along with him as he traveled up and down the vein of the Andes gathering well-researched historical and current facts. I was drawn into his stories about legendary figures—Pablo Escobar, Hiram Bingham, Che Guevara, Butch Cassidy and the Sundance Kid, Abimael Guzmán, and Charles Darwin—and others we might consider legendary such as Nilda Callañaupa Alvarez, the founder of the Center for Traditional Textiles of Cusco (CTTC), or the high-altitude archeologist Johan Reinhard. (Reinhard discovered the completely frozen, 500-year-old mummy bundle of a young girl who had been sacrificed on top of Ampato Volcano outside of Arequipa, Peru. She became known as “Juanita, the Incan Ice Maiden.”)

MacQuarrie is an engaging storyteller, which truly shines through in his interviews with people who held intimate knowledge or tidbits of information about aforementioned people and events. One such example is his travel to Chile’s southernmost city outside of Puerto Williams on Navarino Island to meet Christina Calderon, the last Yámana speaker (she was 83-years-old at time of his interview and just died this past year). Another example is his Bolivia visit with Julia Cortez, who was one of the last people to speak with and see Che Guevara alive.

Following our Andean Book Club discussion of Life and Death in the Andes, I jumped off MacQuarrie’s path from accounts in his book: I watched the movie The Dancer Upstairs, a fictional story of the arrest of the leader of Peru’s Shining Path, Abimael Guzmán; I re-read the CTTC account of its research and subsequent 2006-07 weaving competition to reproduce the clothing that “Juanita” had been wearing; I researched museums who have major Andean textile collections and question where and how they obtained them;  and have increased my yearning to visit the floating islands of Lake Titicaca.

I will never view the Andean countries of Columbia, Ecuador, Peru, Bolivia, Chile, or Argentina the same, as MacQuarrie’s storytelling captured such uniqueness of each one through the lives of the people he pursued.