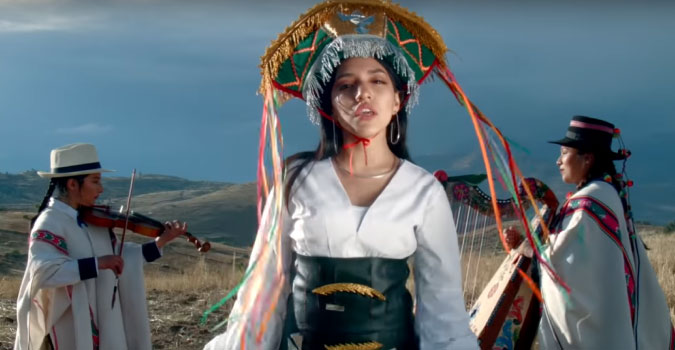 ATA’s mission statement is focused on helping the people of the Andes preserve and revitalize their textile traditions. What does that mean? Why do these traditions need preservation or revitalization?

All cultures change over time. The fact that culture is not a fixed monolith is one of the most fundamental concepts in cultural anthropology. Instead, a group or society’s culture constantly evolves as group members experience and respond to the world around them. When cultures shift as a result of two different groups coming into contact, that sharing or blending is what anthropologists call “acculturation,” and it’s a process that’s been happening for about as long as there have been humans on this planet.

In many cases, the process of acculturation is voluntarily or sub-conscious, and it’s easier than ever for cultural hybridity to happen in our era of cell phones, overnight shipping, and social media. McDonalds locations in Japan, for example, serve green tea milkshakes and chicken katsu burgers, and sushi has spread from Japan to become ubiquitous all around the globe. In recent years, the Danish concept of hyyge swept across the United States, leading to a proliferation of lifestyle blogs and Pinterest boards helping Americans curate an Instagram-worthy comfy home. And languages around the world are infused with loanwords from other places—in English, think about ballet (from French), espresso (from Italian), or kindergarten (from German). Even things we sometimes think of as having old or historical roots are themselves recent results of culture sharing. The “traditional” Icelandic colorwork sweater, or lopapeysa, for example, actually only dates back to the mid-20th century. The particularities of wool from Icelandic sheep have evolved over centuries, but the sweaters themselves are inspired by patterns from elsewhere in Scandinavia that gained popularity in Iceland only a few decades ago.

Unfortunately, acculturation can also come in the form of forced assimilation, in which one group is made to adopt the culture of a different dominant group, at the expense of their own culture. In the United States, as in many other places around the world, our history is rooted in the deliberate and violent eradication of a rich tapestry of native cultures. In the fashion world, another version of involuntary cultural exchange has resulted in contentious debates over cultural appropriation, as expensive, usually Western brands charge high prices for designs based on indigenous clothing. In 2015, French designer Isabel Marant, for example, created a blouse that looks nearly identical to traditional clothing worn by the indigneous residents of Santa Maria Tlahuitoltepec, Mexico; her version sold for fifteen times more than the indigenous clothing it was “inspired” by. These types of cultural threats are also the case in the Andes, where indigenous groups are faced with ongoing marginalization and cultural loss. After colonization by the Spanish, many indigenous Andeans lost control of their land, and their attempts to maintain autonomy and traditional farming practices were forcibly suppressed. The weavers we work with practice techniques of weaving, natural dying, and animal husbandry that date as far back as pre-Inca times, but this history is under threat as poverty forces communities to focus on more urgent survival needs, and young people increasingly move to find opportunities in cities.

This is where revitalization enters the picture. Will Andean textile traditions continue to evolve over time alongside the rest of Quechua culture? Yes, and that’s great! Should these techniques dwindle or be erased because of the marginalization of indigenous people? We don’t think so. Luckily, despite the threat of cultural loss, many native peoples around the world are taking steps to regain and sustain practices that have been or might be lost. These efforts can be one small piece of a long process called “decolonization,” in which previously colonized groups attempt to challenge colonial norms and power dynamics, and to regain their sovereignty and lost cultural heritage. One example of this is Peruvian musician Renata Flores, who raps in indigenous Quechua. She first gained attention when she was just 14 with a cover of Michael Jackson’s “The Way You Make Me Feel”; she chose to sing in Quechua instead of Spanish because people “think Quechua equals poverty, and they don’t put value into it. But that’s not right.” Using hip-hop as a vehicle, Flores is harnessing the power of cultural hybridity to rap about issues faced by indigenous people, like bullying and femicide, while simultaneously shifting negative perceptions of the stigmatized Quechua language.

In a similar vein, Andean Textile Arts works with weaving communities that are sustaining and promoting Quechua culture through textiles. One of the community projects we decided to fund (before COVID arrived and complicated things) involved a teaching program to revitalize the regional production of khipu, a system of Andean knot-based record keeping that was suppressed during the period of Spanish colonization. We support programs and techniques with traditional or historical ties, because our primary focus is to help Andean weavers in their own efforts to preserve and sustain their textile heritage. In funding projects such as these across weaving communities in the Andes, we’re doing what we can to make sure this rich legacy is never lost.